Whiskey Origins: What is Whiskey?

Whisk(e)y is a spirit that has been around for over 600 years. Made all over the world
- the variations in flavor and blend represent the unique regional distilling
process.

Whisky vs Whiskey: Difference
between Whisky
and Whiskey

A question we get all the time - why the two spellings? The two spellings connote the region: whisky without an “e” is typically a Scotch liquor and whiskey with the “e” generally refers to American whiskies. An easy way to ace your spelling exams is to remember if the country isn’t spelled with an “e” then neither is the whisk(e)y.

Whiskey
Ingredients: What
is in Whiskey?

There are three main ingredients: grain, yeast and water. There could also be many additions—including peat smoke. The ingredients are simple but the various regional distillation processes gives each variety a signature flavor. 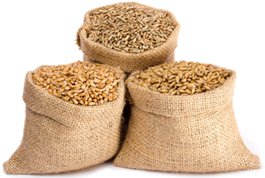 Although it's not required in all cases, many whiskies are aged in barrels, which contribute to the spirit's
dark color and flavor. The type of barrel, aging length and climate will all have an impact on how the
whisk(e)y will look and taste.

Bourbon: Difference between Bourbon and Whiskey

Bourbon can only be produced in the United States (not just Kentucky). It's made from a mash bill of at least 51% corn and then matured in a brand new charred oak barrel. The inspiration for the name of this traditionally southern spirit is still debated: it was either inspired by Bourbon County, Kentucky or Bourbon Street in New Orleans. This is what makes whiskey, “bourbon”.

Rye: Difference between Rye and Bourbon

Generally speaking, Rye Whiskey follows the same rules as Bourbon but must contain at least 51% rye in the mash bill.